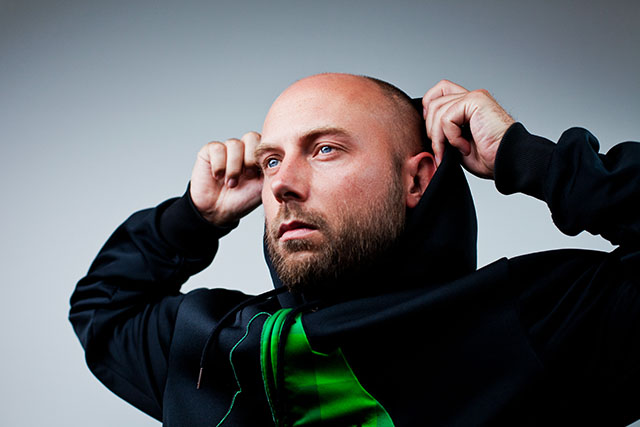 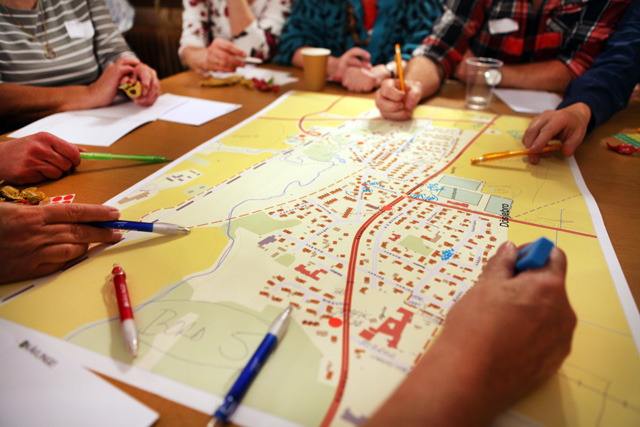 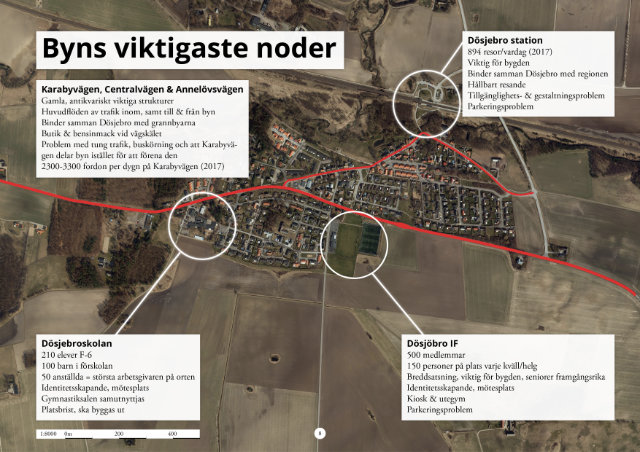 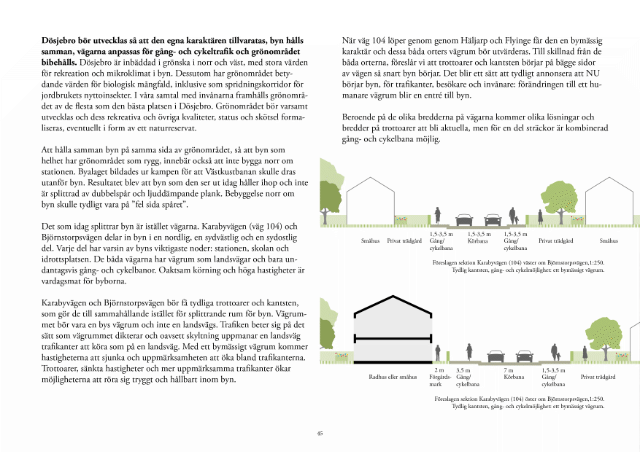 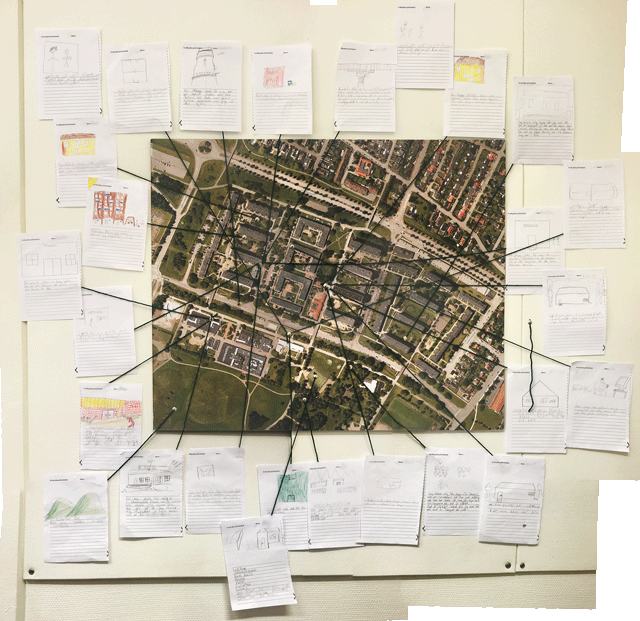 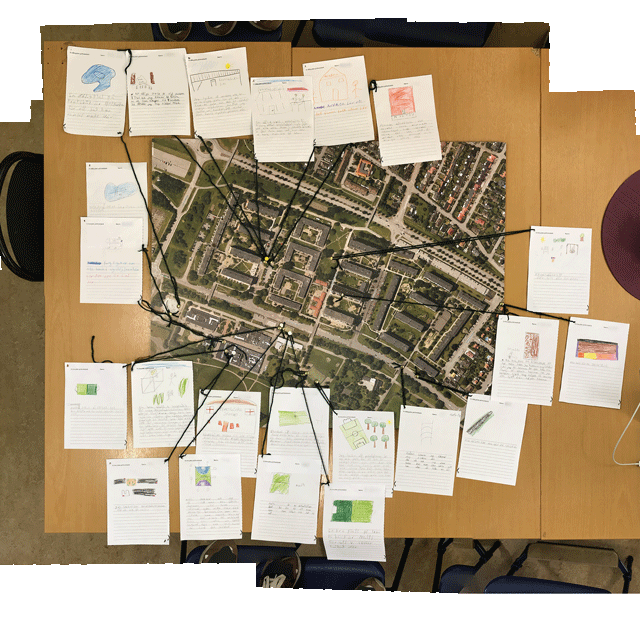 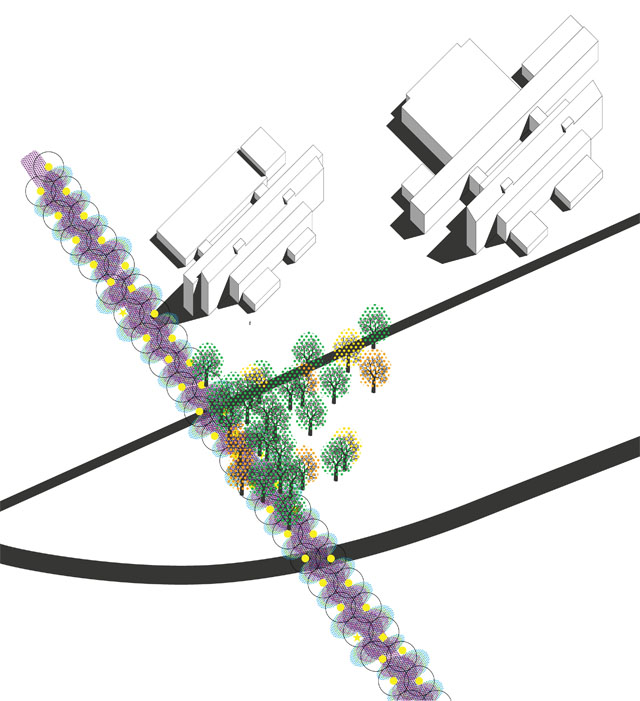 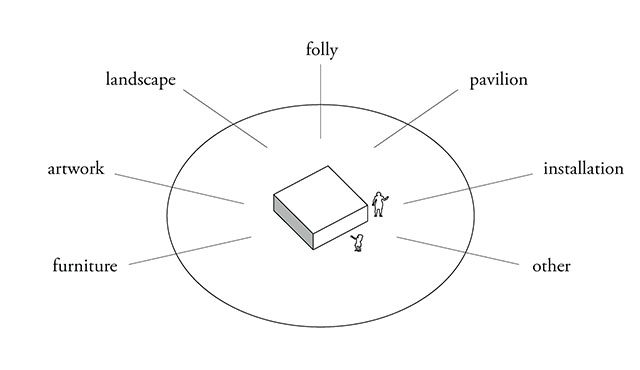 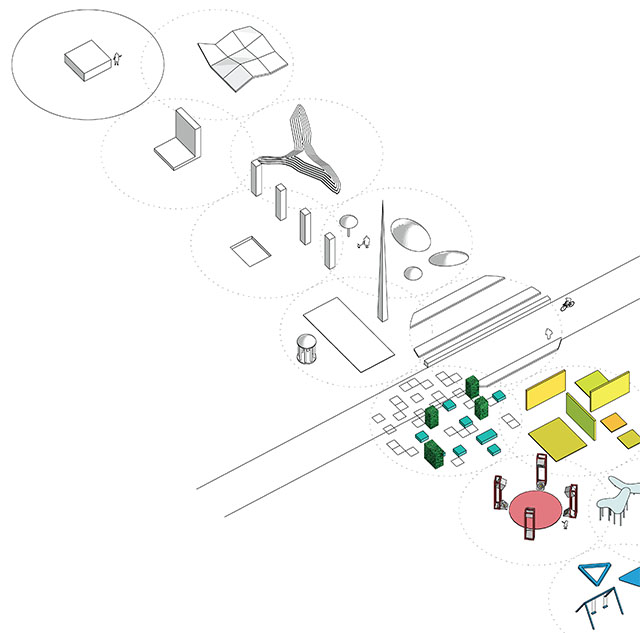 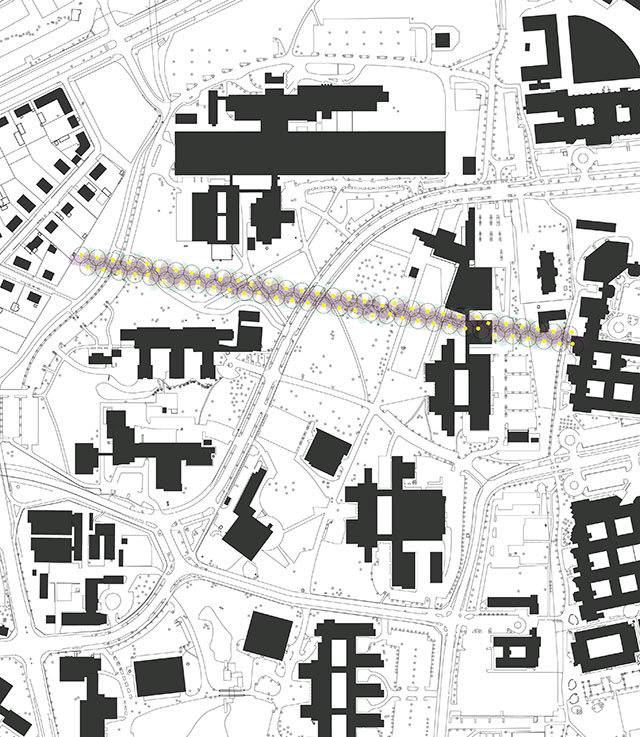 Oscillating string is a proposal for a spatial strategy for the LTH university campus.

The LTH university campus is a latent superstructure, consisting of several similar crystalline brick buildings, separated by a vast parkscape, through which north-south transportation arteries run. The majority of the campus’ buildings was constructed 1960-69, in a rush to expand higher education. Although situated in a sloping landscape, all of the buildings’ floors are level to each other, prepared for further expansion, something that never happened.

The oscillating string is a strong axial order, that runs across the transportation arteries and the parkscape, establishing new and unexpected connections and interruptions. The parkscape consists of many small scale situations, slopes, vistas, small hills, groves, clearings, something that is both unused and unappreciated. Life at campus happens inside or just outside the buildings, very rarely does the park get engaged.

The oscillating string tries to break down the vast scale of the parkscape, and engage and enhance the small scale situations. It consists of different insertions made by different creators; architects, artists, designers, and others. Each year a new creator gets invited to make a contribution. The unveiling of the annual contribution is an event, that creates awareness of the possibilites of the park, not only at campus, but for the entire city of Lund. The campus becomes a destination and a resource for more people.

As the string takes shape throughout the years, it will come to consist of wildly different insertions. It will become a catalogue of different spatial/functional/aesthetic ideas. Creators are free to make any kind of insertion they wish, within a stimulating and provoking framework:
Max volume of the insertion is 15 m³.
For 80% of the insertion, max height is 1,2 m.
The insertion should establish a critical and playful dialogue with the rationality of LTH campus.
Color should be a fundamental part of its composition. 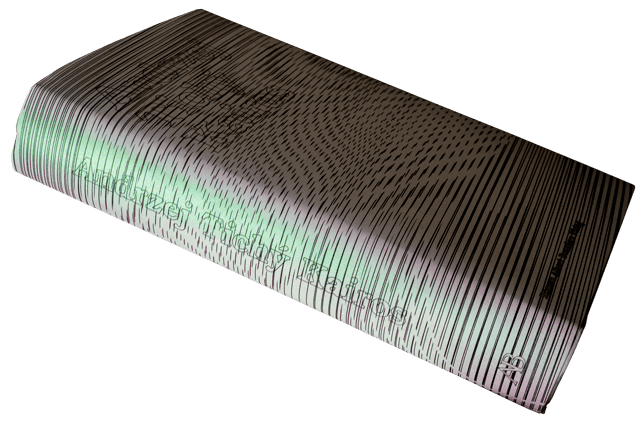 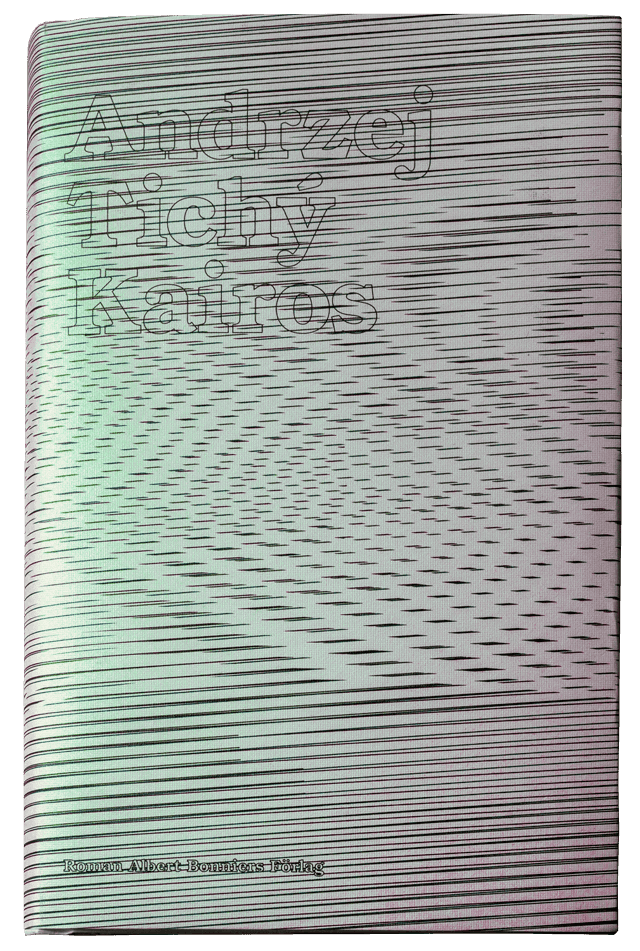 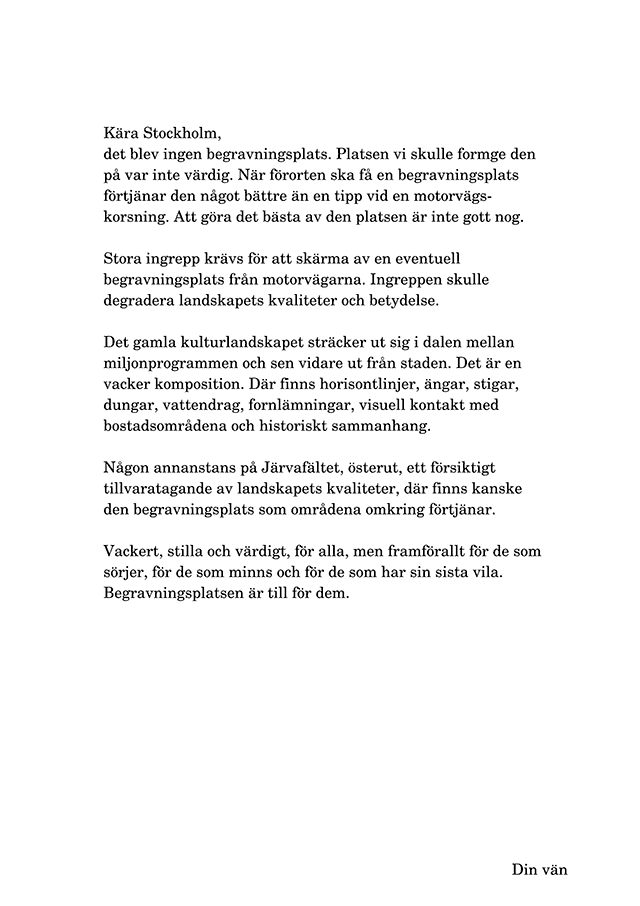 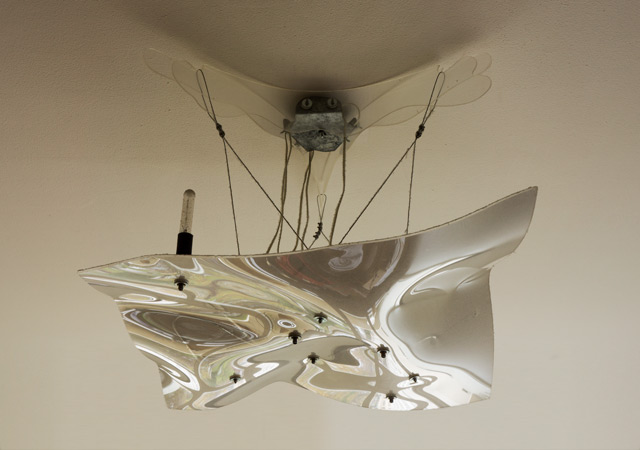 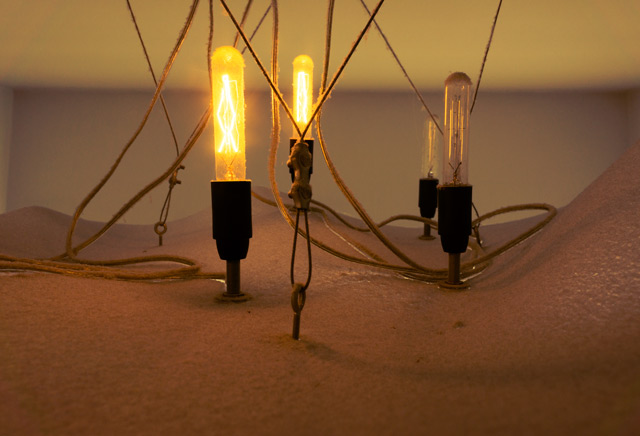 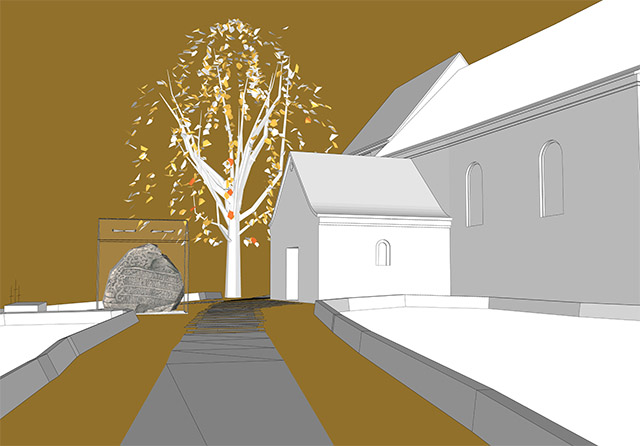 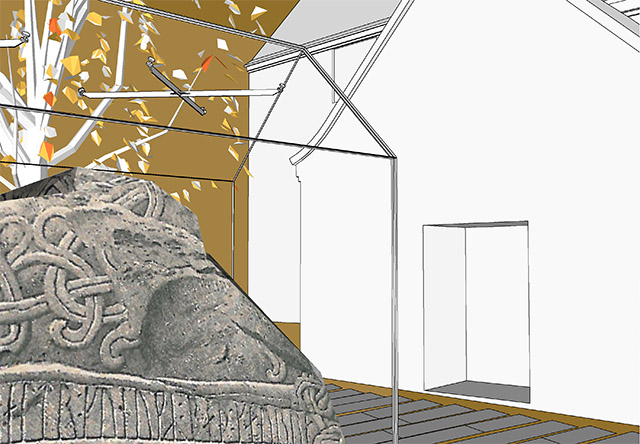 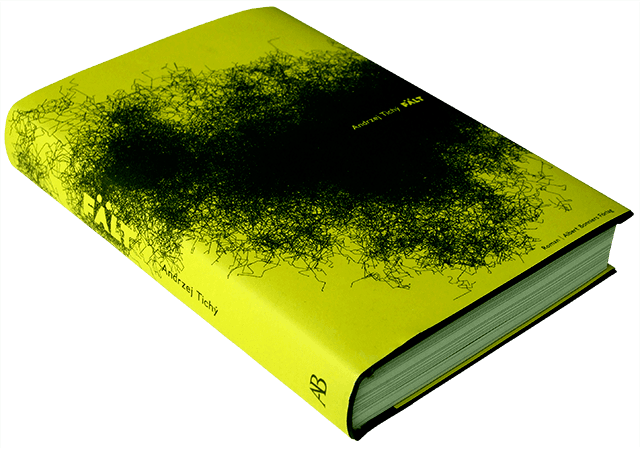 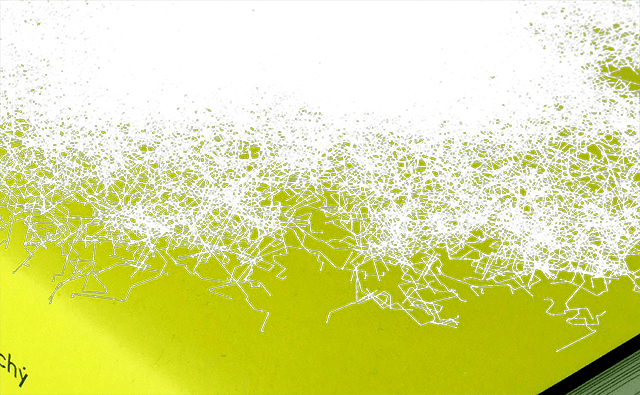 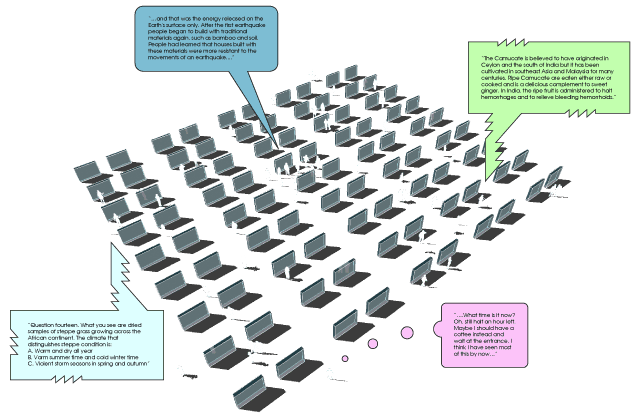 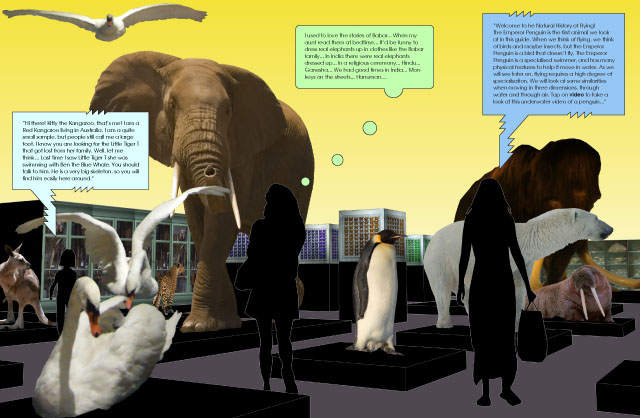 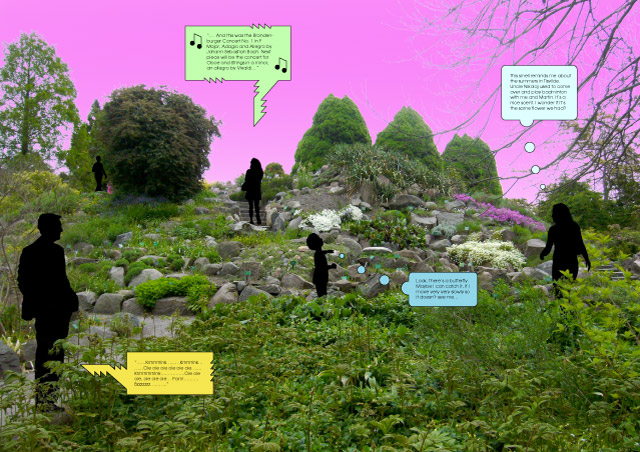 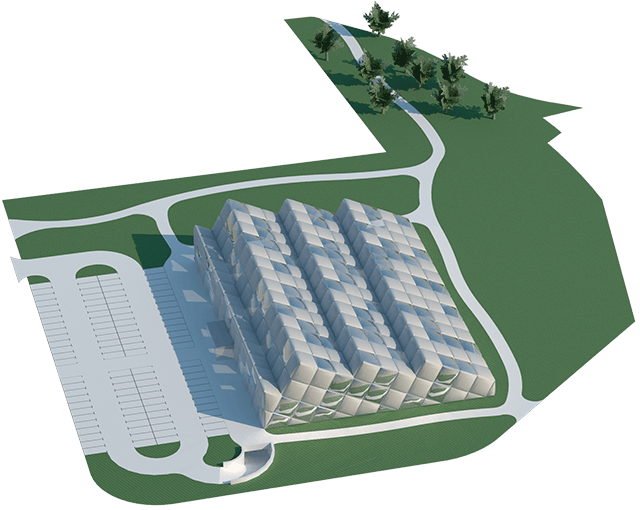